Irlam based demolition and bulk earthworks specialists PP O’Connor safely and systematically removed a 134 year timber and steel footbridge from Altrincham Interchange as part of £19 million refurbishment works for TfGM.  As it was such a landmark in the town, PP O’Connor decided to film the operations and a produced a time-lapse movie of the work.

The film shows the two bridge sections being lifted and removed, overnight. The bridge weighed approximately 30 tonnes in total and was removed using a 700 tonne capacity crane. The whole process involved a team of 38 employees from PP O’Connor working over a period of two shifts.

PP O’Connor were thrilled with the response and received lots of congratulatory calls and messages from their clients and industry peers. 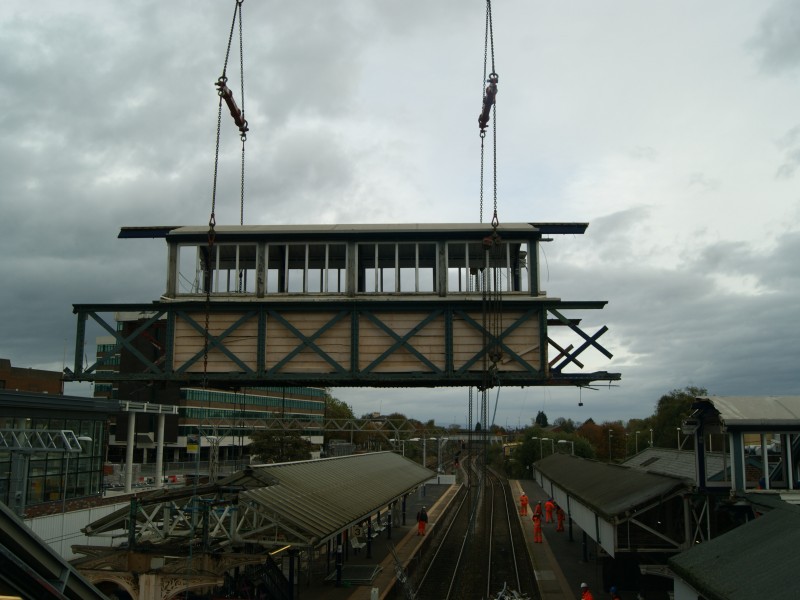 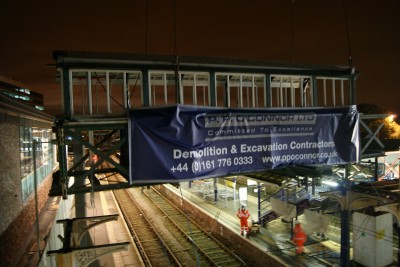