The brutalist Park Hill, Sheffield, designed by Ivor Smith and Jack Lynn had over 1000 homes but when Urban Splash got involved only around 100 of them were occupied. Loved and loathed in equal measure by people from Sheffield, when it was announced Urban Splash was to redevelop it, a huge statement was needed to show people that this company ‘from t’other side’ of the Pennines meant business.

Politically, there was local and very vocal opposition and a growing faction wanted to see Park Hill demolished. When it came to revealing the ambitious designs for its future Lisa knew she’d have to somehow show the opposition that Park Hill was too important from an architectural, social, historical and cultural point of view to be knocked down.

We made a movie, wrote a book and in an unusual way and completely against everything you should do as a PR, Lisa sent the full transcript of the book to the press.

In order to make the point – Lisa managed to get the architecture trade press and national architecture writers to run the story on the same day – the same day as the event Urban Splash hosted at Park Hill to reveal its plans.

That morning, Lisa opened the Guardian, the Times, the Independent, Architects Journal and BD to see them all running the story of the plans for Park Hill.

The event was attending by over 400 local people, including Park Hill residents who we’d involved in the process from the start, three film crews and all the local and some national press.  The response was overwhelmingly positive. Everyone who attended received the book, the film (on CD) and a T-shirt printed with one of two slogans – J’taime Park Hill or “I luv u will u marry me” (the graffiti on one of the walkways, now set permanently as a neon sign).

Shortly after the event, we were contacted by the Artic Monkeys management company who said the band were keen to find out about the plans (they had filmed a video on Park Hill for one of their early songs). We sent them everything and then a few months later, Alex Turner turned up on stage in LA wearing the “i luv u will you marry me” T-shirt!

The plans for Park Hill were passed by the Council and Urban Splash has completed the first phase of its redevelopment. It was short listed for the RIBA Stirling Prize in 2013. 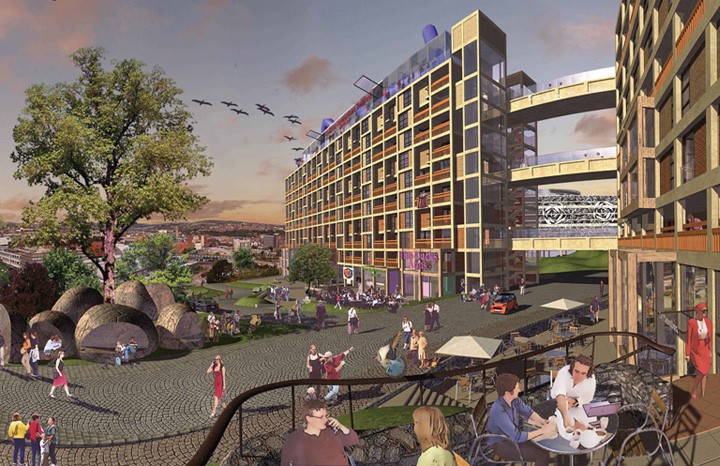 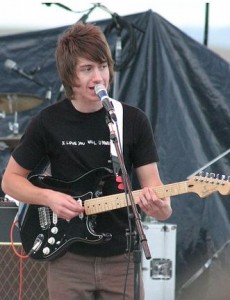