The Classroom at the Hive

Ashurst Communications has worked with Argent for five years to help them market and PR the Hive, a grade A office building in the heart of Manchester’s thriving Northern Quarter.

Our solution was to set up a business club with a difference. Called the Classroom, we decked out the space to look like an old school classroom, complete with gym horse and benches. We launched the Classroom via Twitter, using the 2000+ followers of the Hive to help spread the word and held an opening party at the same time the wine store opened.

Anyone could join the Classroom and it attracted freelancers and creatives, several of whom have started to work together on projects and have since formed their own companies.  We had 50 paying members who all took advantage of the free WIFI and hot drinks provided.  There was a real sense of camaraderie and community in the space.

In September 2014, Argent let the space the Classroom used to Studio Venues (an existing tenant in the Hive) and unfortunately the Classroom closed.  It does have a legacy with many of the members now working together from other similar spaces in Manchester and they keep in touch through a dedicated Linkedin Group.

All the photographs of the Classroom used here were taken by Pip Rustage – visit her website here. 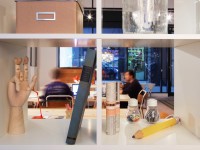 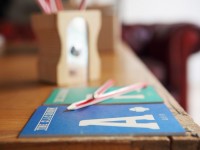 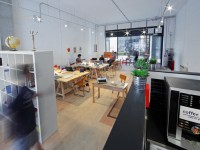 The Classroom was a great success and it really helped to put the Hive on the map, especially with young, creative start-up companies looking to take the first steps in business.