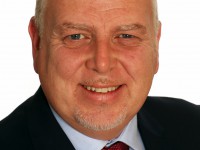 David joins Bolton based Landmark Investments Group, the ground rent specialist, to provide strategic advice and guidance as the company expands its activity, particularly looking at new opportunities in the residential and commercial sectors.

David is Lead Director of the North West for international commercial property consultancy JLL, where he is responsible for 175 professionals in the region.  He is a member of the JLL UK Executive Board, which he joined after the £200m acquisition of King Sturge where he was the Managing Partner of the UK Regions. Over his 30yr+ career he has overseen many major development and regeneration projects in the region, most recently the Carrington and Alderley Park sales.

David Lathwood said:  “I’ve known Mark for quite some time and I have been very impressed with his drive and ambition for Landmark Investments Group.  I look forward to lending my knowledge, support and advice to Mark and his team as they build on the already successful core of the business.”

Mark Hawthorn, director, Landmark Investments Group said:  “Having worked with David over the years, his input and integrity have always proved invaluable to us.  We are advanced with a number of projects which will create new parts of the group, which we expect to formally announce later in the year.  David brings a wealth of experience and knowledge to Landmark and I know he will play an important role in the company as we move forward.”

Established in 2000, Bolton based Landmark Investments Group main area of activity is the acquisition and management of residential and commercial ground rents. The activity covers Landmark’s own growing portfolio as well as deals for a number of retained clients.