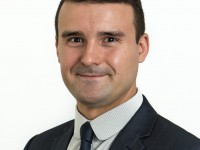 Bolton based Landmark Investments Group, which is celebrating 15 years in business, announced it has agreed £67.237 million on 77 of ground rent deals over the last six months.  This was split £34.839 million over 34 deals to December 2014 and a similar £32.398 million over 43 deals to March 2015.  The value of the property assets which pay the ground rent is well in excess of £1 billion.

Landmark Investments Group main area of activity is the purchase of ground rents, also known as the freehold, of residential and commercial properties.  In January the company announced profits for 2014 of £2.9 million and now has a portfolio approaching 15,000 units.

Ben Ogunby, Acquisitions Director, Landmark Investments Group said:  “We have been so busy acquiring ground rents, we weren’t really keeping count, so were very pleased when we ran the numbers.  We are able to transact across the whole spectrum from very small deals through large commercial ground rents to national portfolios.  We have our own funds and are retained to acquire, advise and manage stock on behalf of a substantial private client.  We fully expect to transact in excess of £100m of stock in 2015 with £135/140m within reach.”

Mark Hawthorn, Managing Director, Landmark Investments Group added:  “This is a real milestone for us.  We have recently moved to new offices, our tenth move in 15 years, which will allow us to further develop and grow.  There are a lot of opportunities around in the ground rent and wider property markets at the moment which after the last seven or so years is pleasing to see.  We continued to grow throughout the downturn and are looking forward to our next phase of development.”

The news was covered by Insider, Place North West, The Businessdesk and Greater Manchester Business Week.