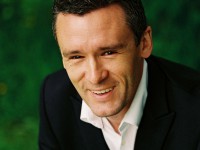 Tim Groom, director of Manchester based practice Formroom Architects announced the business, located in Knott Mill is changing its name to Tim Groom Architects.  The name change signifies an exciting new phase for the business as it embarks upon a series of major commissions and adds to its growing team.

Tim Groom said:  “When I set up Formroom Architects in 2006, we were a team of just two delivering mid-sized projects across the North West.  The Formroom name was born of the collaborative origins of our business model, we used the services of a range of designers on a part time or project specific basis meeting in one place or ‘room’ to develop ideas and coordinate resources.

“Initially, like many start-up businesses our first ‘room’ was a spare room – the dining room of my house.  We then rented some space in a friend’s studio to gain a better work/life balance before making the move to our first formal office in Wilmslow in a building which also housed one of our collaborative partners, design consultancy Mather & Co who we continue to work with today. Finally, we moved to Manchester and we are now settled at our base in the Knott Mill area of Castlefield.

“As we developed, our team structure became more concrete (nearly all of the original core team are still with us) but our collaborative ethos remains. We are lucky enough to have built up a fantastic network of clients and consultants over the years who are experts in their field and who, fundamentally, are great people we enjoy working with.

“We are now a mature and established architectural practice and we felt that the time was right to update and rebrand the business to reflect our growing ambition and confidence, show more personality and equip us for the exciting projects that lie ahead.”

At the heart of the studio is its vibrant team of talented architects which has a proven track record in delivering creative projects across a range of sectors, including student accommodation, residential urban regeneration, hotel, restaurant and office projects as well as retail and leisure developments.

Recent schemes developed by Formroom Architects include a 331 bedroom high end student residential development which forms the last part of the Liverpool One Masterplan, a boutique hotel and restaurant at Bruntwood Hall in Cheshire and the redevelopment of the Prescot Watch Making Factory site into extra care accommodation.

New commissions include a number of residential schemes in Manchester City Centre and Merseyside as well as student accommodation projects in the Midlands and South West of England.

The news was featured by the Manchester Evening News, Place North West and TheBusinessdesk.